Hey I'm Bob and I like to make stuff. Today I'm going to make a charging dock for my phone. And my watch. I know that everybody doesn't use an iPhone or an Apple Watch, but you can easily modify this to work with any chargers. Really all you've got to do is swap out the cables with whatever works with for your phone. Alright, let's get to it. I figured how big the piece needed to be just by setting the two devices on top of it. I drew out a square and then flipped the block up on to it's side I needed to figure how much the cable could bend before it damaged it, so that I knew where to split this piece of wood into two parts. I set up a stop block, so that I could cut this piece into a square. It doesn't actually matter if it's a square or not, but, I just thought it'd be easier. So I made a mark where I wanted to split the two pieces and then resawed it on the bandsaw. I found the center of both these pieces just by drawing a diagonal from corner to corner.

And from that center point, I drew out a circle. These circles are just there to give me a reference point so I can cut off excess wood on the bandsaw. Chopping off these corners just makes it faster and easier to get to a circle when you put it on the lathe. After I screwed it on, and mounted it up on the lathe. Then, I just turned it down to the biggest circle I could get out of this piece. Then I moved on to the other piece, and screwed the faceplate on.

Now, this one was was almost the exact same size as the faceplate, so I had to be very careful not to touch that metal with the tool. That would completely destroy the tool. I turned it down to a circle, and then added a little bit of a taper, just to make it interesting. I added some hot glue to the back of this, and put a piece on it so that I could use my crosscut sled to cut a slot in it for the phone. The hot glue is great cause it pops off very easily. I figured out the placement of all of these pieces, and then just traced the outline so I had a point of reference for the future.

Originally, I was going to use the drill press to drill that hole but then, when I added that taper, on the fly, that made it more difficult. So instead, I put a Forstner bit in my drill, and used some blue tape as a depth stop. I put it in the vise, and then just did my best to keep the bit parallel with the face of the wood. In the end, it worked out pretty well. I just used a chisel to knock out a little area so that the wire had a place to drop through, and the back of the charger could sit flush against the wood. I transferred that marking to the bottom piece so that I can drill a hole for the wire to pass through. I also had to make a slot for the phone charger to come up through the bottom. For this, I drilled two small holes that were really close to each other, and the just connected those with a chisel. 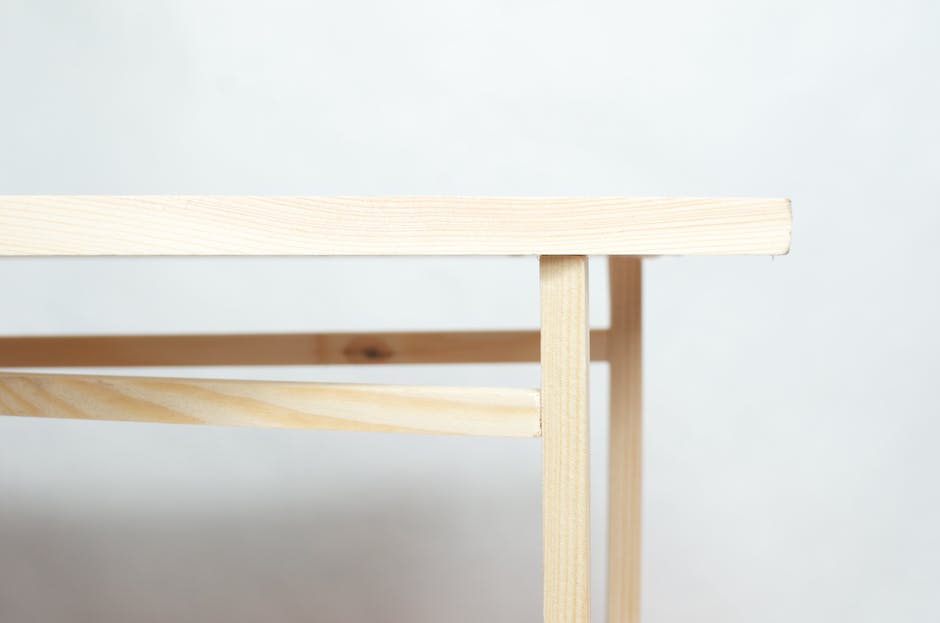 The slot ended up being a little bit too wide, but since hot glue is going to hold it in place, it really didn't matter. I fed it through, and then figured where to route the wires, to go in between the two pieces of wood. I used an ice pick down through the top hole to mark where the wire was going to come through. Then I just drew two little channels for the wires to pass through and out the back of the charger.

I used the utility knife to cut along these lines, and this just stops it from splintering and the grain from tearing, when you're chiseling it out. I used a wide chisel to knock out these areas and ended up splitting the wood. It didn't split all the way through, so a little bit of glue, and a clamp, put it right back together. While I had it in a clamp, I used a smaller chisel to route out these little areas, for the wires to pass through. These are going to be on the inside of this, so you're not going to even see them, then it really didn't matter what they looked like. I did a test fit, to make sure everything was right, and then I just started sanding both of the pieces, before assembling it. I added several coats of spray lacquer with a light sanding in between, and you get a really nice finish.

I drilled some holes, countersunk them from the bottom so that I can drive these pieces together. Having these screwed together makes it really easy for me to take them apart, and get my cables back. I used some hot glue to mount both of the chargers. This also is temporary. It'll hold there as long as I wanted to, but is really easy to take out. I plugged the wire into the phone, to make sure that I had enough cable, and then used hot glue to hold the cables against the bottom section.

Then I could screw the whole thing back together. Since I had predrilled and already screwed these together, they fit back together really tightly, which was good. The cable for the phone was still a little bit loose in the slot, so I wrapped the contacts with some tape, and then used hot glue to fill in around it. Once it dried, I just used a screwdriver to tear away the excess, and it held in place, perfectly. There it is. I'm really happy with how this thing turned out, and the good thing is, if I ever change my mind, I'm not going to mess up the cables. I can just unscrew it, pull the cables out, and they're still good. And the shape of this doesn't really matter at all, so if you want a different look entirely, just change the shape. I'd love to know what you think about this project, let me know down in the comments.

I've got lots of other types of projects that you might be interested in, so be sure to check those out, And don't forget to subscribe both to the main channel, and to the second channel, where I have some behind the scene stuff. That's it for this one guys, thanks for watching. I'll see you next time..